It’s been a long, hot summer with two of Montclair’s three pools closed due to construction. The Township of Montclair offered a status report Wednesday on the Essex and Nishuane Park Construction:

Essex Park
As of August 9, all equipment for the Essex Park playground has been installed and curbing has been completed. The concrete pads for the new benches and garbage receptacles have been constructed.

The contractor will begin installing drainage improvements in the park and playground this week. The playground is expected to be completed within the next 2-3 weeks, weather permitting.

After the playground work is completed, the contractor will begin trenching along the park path to install new lighting, after which, the main asphalt pathway will be repaved.

The Township Engineer is waiting for the contractor’s final confirmation of the work schedule for the remaining Essex Park construction items after the playground is completed.

Work on the curbing, drainage structures, basketball goal posts, and retaining wall in the basketball court area has been completed.

All concrete pads for the park’s benches and garbage receptacles have been constructed.

This week the contractor will begin finalizing the base prep for the basketball courts and will follow up with final paving of the area. This work is expected take approximately 2-3 weeks to finish. Afterwards, the contractor will continue reconstruction of the remaining pathways in the park.

The contractor is working to get the Township Engineer additional scheduling info regarding the work remaining once the basketball courts are completed.

The contractor will bring in a crew to reinstall the perimeter fencing at the tennis courts to secure the area from unauthorized access.

It should be noted that some field changes were made during construction which added items such as reconstruction of the retaining wall at Nishuane Park and additional drainage improvements at Essex Park. These field changes required additional time to complete but these are important additions that will result in a much better final product.
Given the construction taking place in the parks and the continuing associated safety concerns, both pools will remain closed. 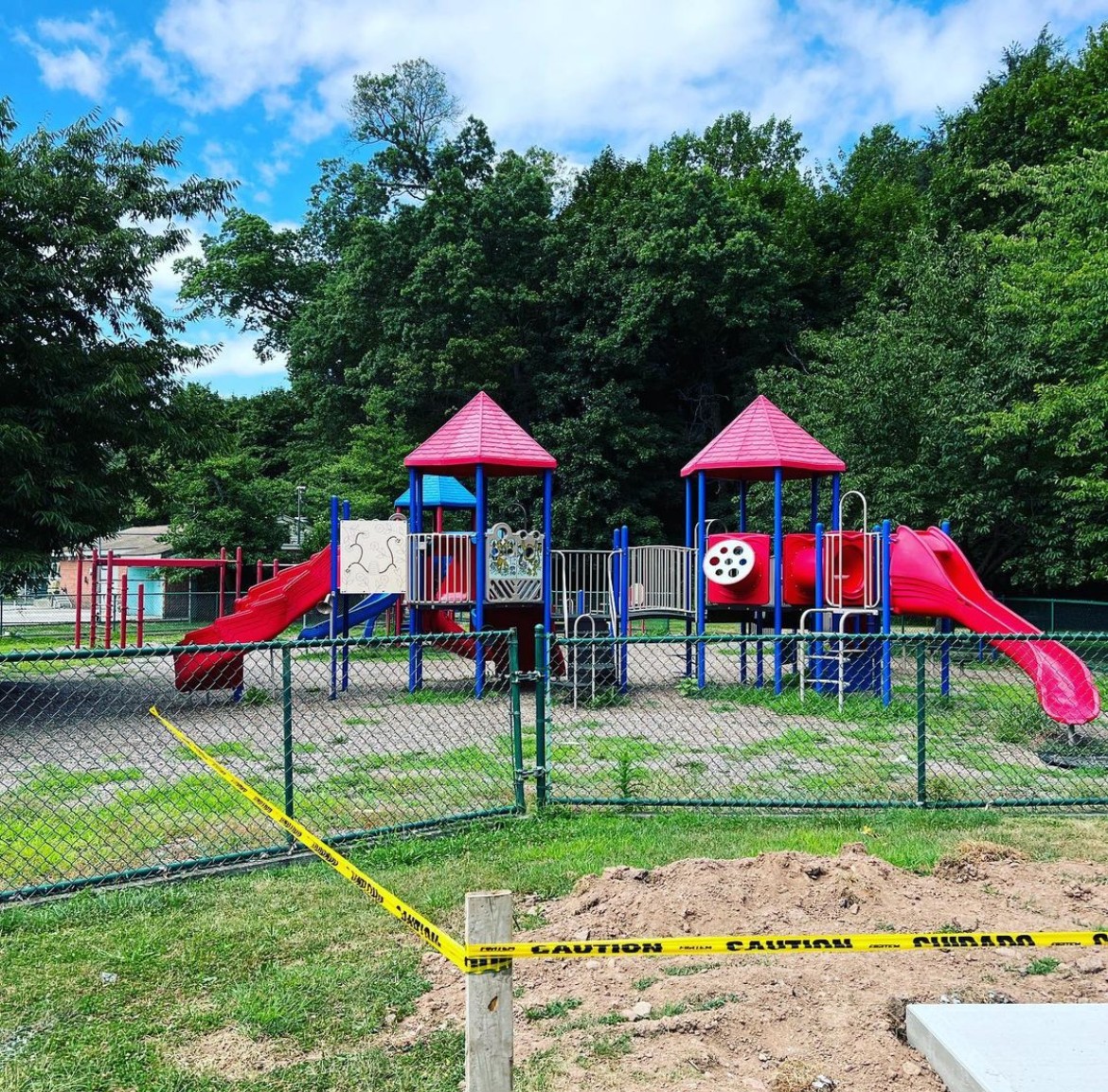 New playground is up at Nishuane Park as part of our overhaul of the tennis, basketball courts, playground, pathways, lighting, fields, benches, etc… As a result of this heavily delayed work, unfortunately the pool remains closed and I’m both frustrated about that and sorry for it. But I am looking forward to this park being re-done. Oh and new water refill stations coming too.

Maybe Montclair can take a cue from Maplewood who during the heat wave last week opened the Community Pool for free to all residents last Thursday and Friday.