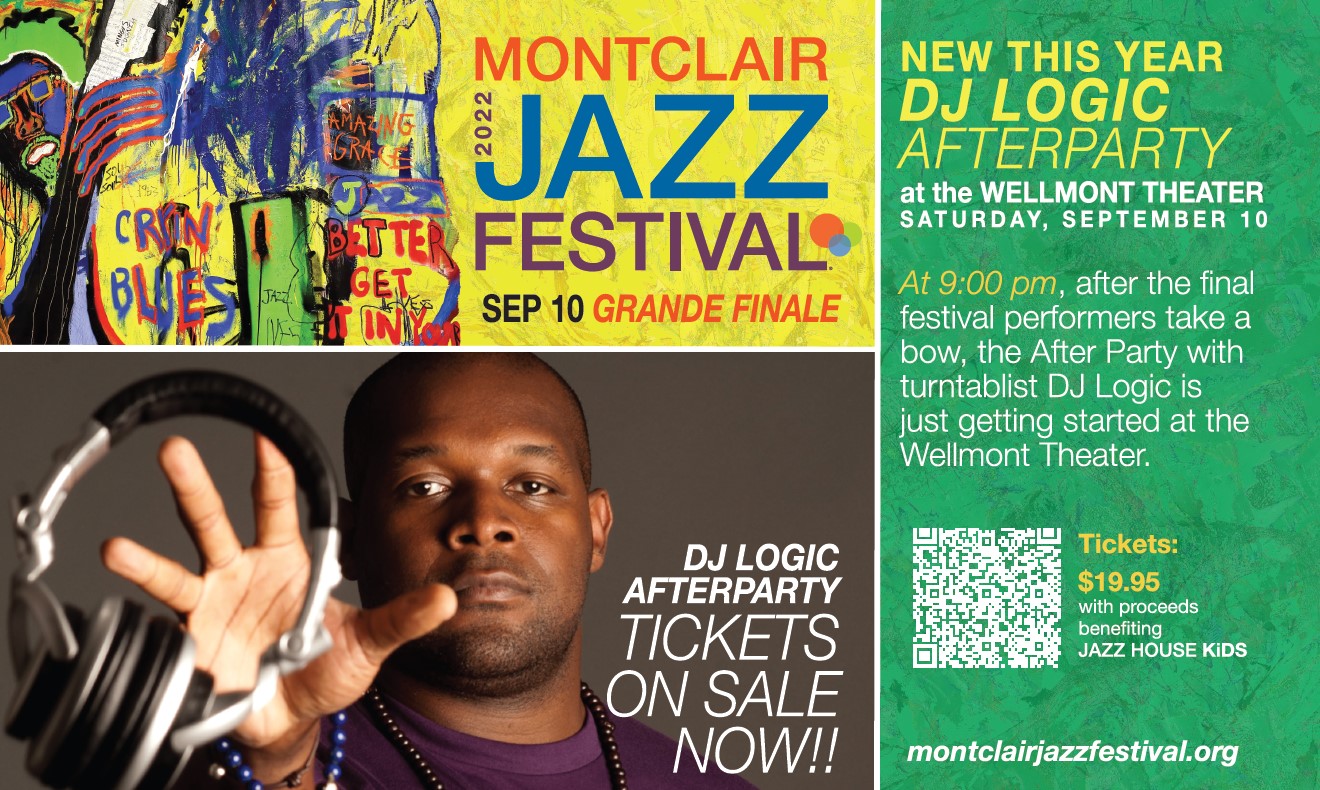 We know you are all excited for Montclair Jazz Festivall’s finale — the Downtown Jamboree — this Saturday, September 10. But once the last headliner takes a bow on the Downtown Jamboree stage, you won’t want to miss the After Party at the Wellmont Theater. The 2022 Montclair Jazz Festival keeps it jumping at the After Party as one of the world’s most accomplished turntablists, DJ Logic takes the Wellmont stage tapping into his supreme musicianship and eclectic tastes to spin an infectious groove.

DJ Logic is widely credited for introducing jazz into the hip–hop realms and is considered by most as a highly-respected session musician and an innovative bandleader. Since his emergence in the early 90s amidst the Bronx hip-hop scene, the NYC-based deejay has been amassing a veritable mountain of collaborations.

With his spinning skills beyond reproach, DJ Logic works with a phenomenal roster of guest musicians. You never know who might be inspired to collaborate at the Wellmont on Saturday night! 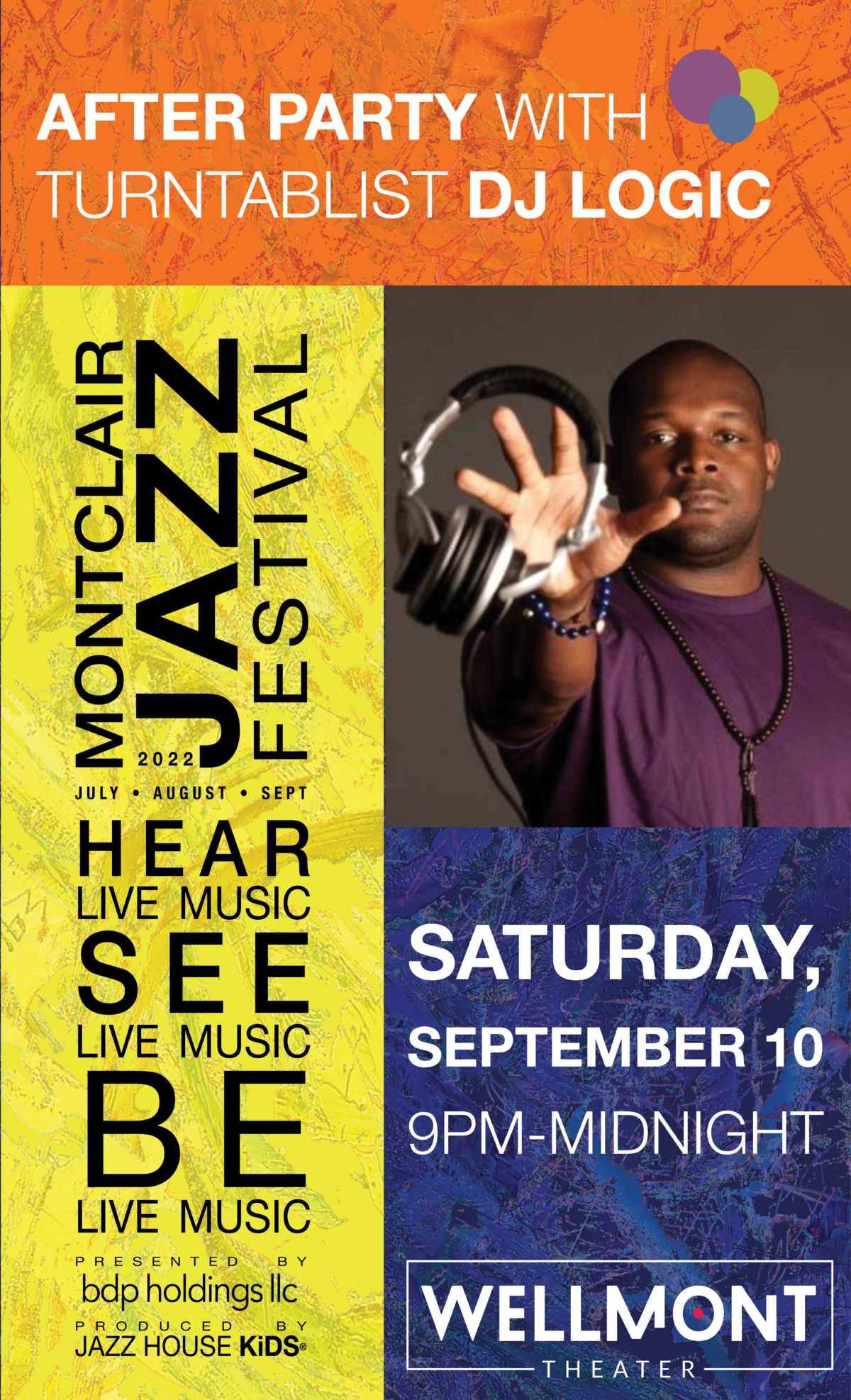