September 8, 2022 (Homewood Way): The complainant reported that her 2006 Toyota Camry was entered during the overnight hours. The vehicle was rummaged through but nothing was reported missing. An additional vehicle was entered and ransacked on Franklin Place during the same timeframe.

September 8, 2022 (Nishuane Road): A 2006 Mercedes Benz S350 was stolen while parked east of the resident’s driveway on Franklin Avenue. The vehicle was recovered several hours later after it was involved in a motor vehicle accident in Springfield Township. Two adult males and two juvenile males from East Orange were apprehended.

September 9, 2022 (Glenridge Avenue): Several acts of vandalism were reported at the newly constructed Midtown Parking Deck. Approximately 20 different drawings and phrases, in red spray paint, were placed on all levels and stair cases throughout the deck.

September 10, 2022 (Mulford Lane): The caller reported observing three males walking up and down the driveways of several residences in the area. Patrol responded and located three males matching the description. Upon canvassing the area, no vehicles appeared to have been entered or damaged. The three juveniles, all from East Orange, were transported to police headquarters and turned over to an adult.

September 12, 2022 (New Street): Patrol responded to a New Street address after receiving a report of squatters in an abandoned residence. Upon arrival, a 19-year-old male from Montclair was seen running from the residence. He was apprehended on Maple Avenue and charged with Criminal Trespass. A juvenile male was also located and turned over to a parent. 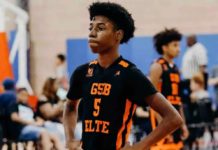