Montclair, NJ– Members, get busy! Montclair Film announced today its full program for the 2022 Montclair Film Festival, featuring over 130 films, events, parties, and conversations for the festival’s 11th edition. Tickets go on sale for members on October 3; sales to the general public. 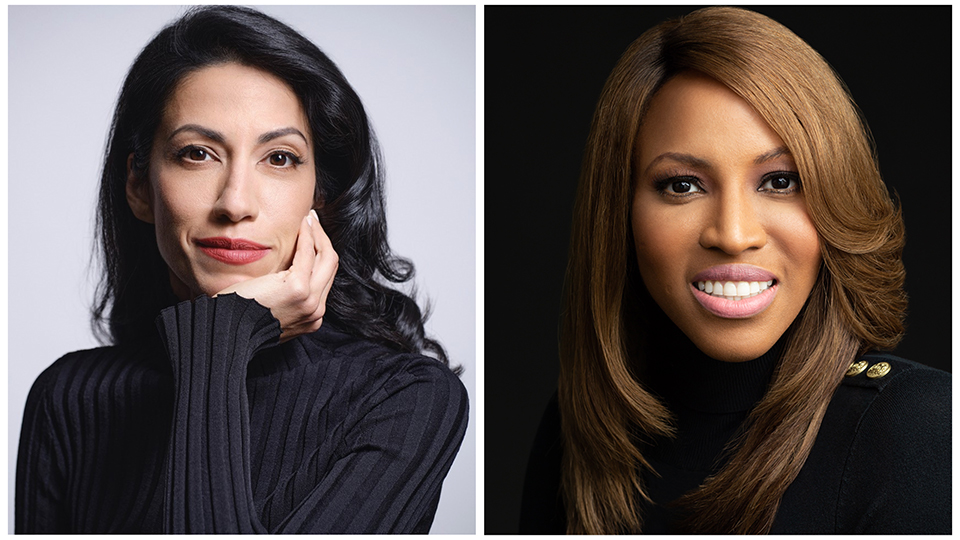 “This year’s festival program is filled with opportunities for exploration and discovery,” said Montclair Film Artistic Director Tom Hall. “We look forward to seeing our patrons embrace their curiosity as they come together and join us in celebrating the work of these wonderful filmmakers.”

In Competition
Each year, the Montclair Film Festival presents juried awards to films in four categories; Documentary, Fiction, Future/ Now, which seeks to support emerging voices in independent filmmaking with The Mark Urman Award, a $5,000 cash prize to help support & encourage future work for the winning filmmaker, and New Jersey Films, which focuses on non-fiction filmmaking from New Jersey artists.

This year’s Documentary Film Competition features are ALL THAT BREATHES, directed Shaunak Sen, ALL THE BEAUTY AND THE BLOODSHED, directed by Laura Poitras, LOUIS ARMSTRONG’S BLACK & BLUES, directed by Sacha Jenkins, RETROGRADE, directed by Matthew Heineman, and THE VOLCANO: RESCUE FROM WHAKAARI, directed by Rory Kennedy. These films will be competing for the Bruce Sinofsky Award, named in honor of the late Montclair resident and non-fiction filmmaker Bruce Sinofsky.

This year’s Future/Now Competition features, competing for the 2022 Mark Urman Award, are A LOT OF NOTHING, directed by Mo McRae, HANNAH HA HA, directed by Joshua Pikovsky and Jordan Tetewsky, NANNY, directed by Nikyatu Jusu, THE UNKNOWN COUNTRY, directed by Morrisa Maltz, and WHEN MEN WERE MEN, directed by Aidan Dick and Izzi Rojas.

This year’s New Jersey Films Competition features are BANDED TOGETHER: THE BOYS FROM GLEN ROCK HIGH, directed by Barry Rubinow, HOME IS SOMEWHERE ELSE, directed by Carlos Hagerman, Jorge Villalobos, OF MEDICINE AND MIRACLES, directed by Ross Kauffman, RELATIVE, directed by Tracey Arcabasso Smith, and THE YOUTUBE EFFECT, directed by Alex Winter.

The 2022 Fiction Shorts Competition features AT LITTLE WHEELIE THREE DAYS AGO, directed by Andrew Stephen Lee, CHOICES, directed by Erica Rose, DEAR MAMA…, directed by Winter Dunn, IF YOU WERE ME, directed by Ingrid Veninger, A SHORE AWAY (L’AUTRE RIVE), directed by Gaëlle Graton, WARSHA, directed by Dania Bdeir. 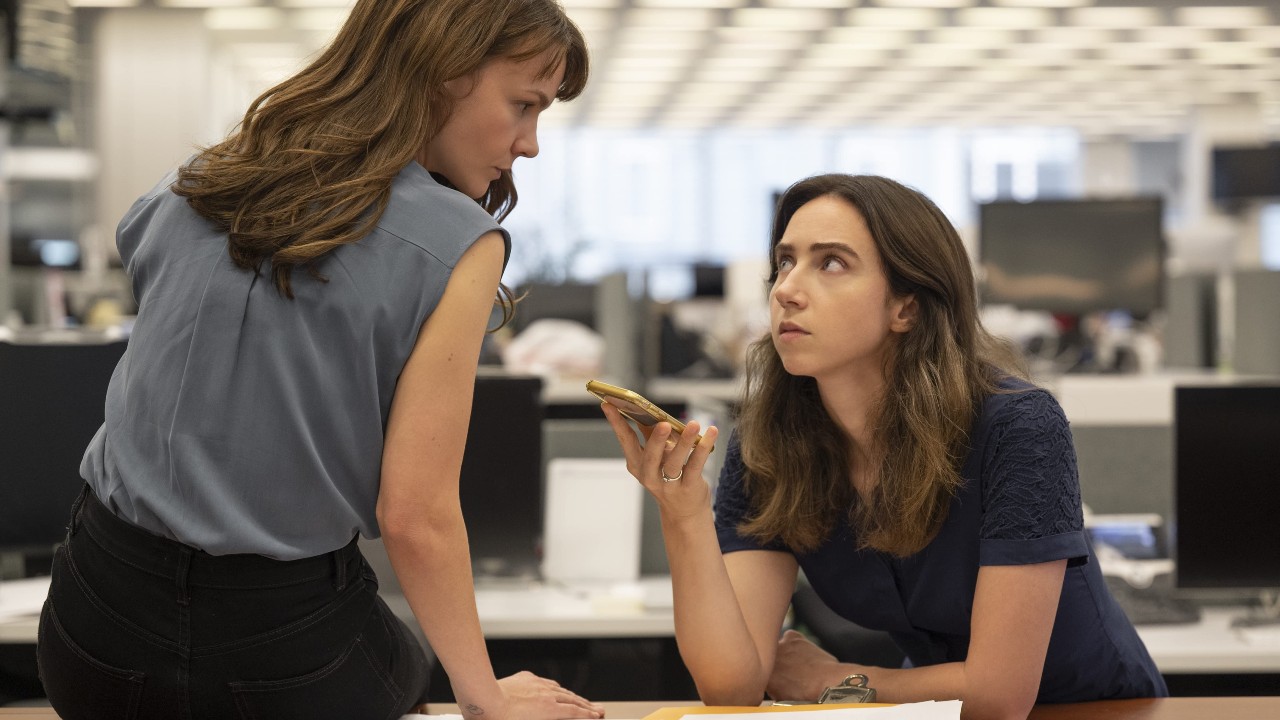 The David Carr Award for Truth In Filmmaking

Each year, the Montclair Film Festival honors the legacy of New York Times reporter and longtime Montclair resident David Carr by presenting an award to an outstanding film that honors Mr. Carr’s passion for the truth and his commitment to great journalism. This year, The David Carr Award for Truth in Filmmaking is awarded to SHE SAID, directed by Maria Schrader. By granting this award, the festival honors SHE SAID’s deeply affecting look at how the meticulous process of great reporting can create seismic change by giving voice to those who seek to challenge the powerful.

Storyteller Series, Presented by Audible
Montclair Film Festival is proud to collaborate with Audible to present our annual Storyteller Series. This year’s lineup features several special events that bring the power of storytelling to MFF audiences, including: 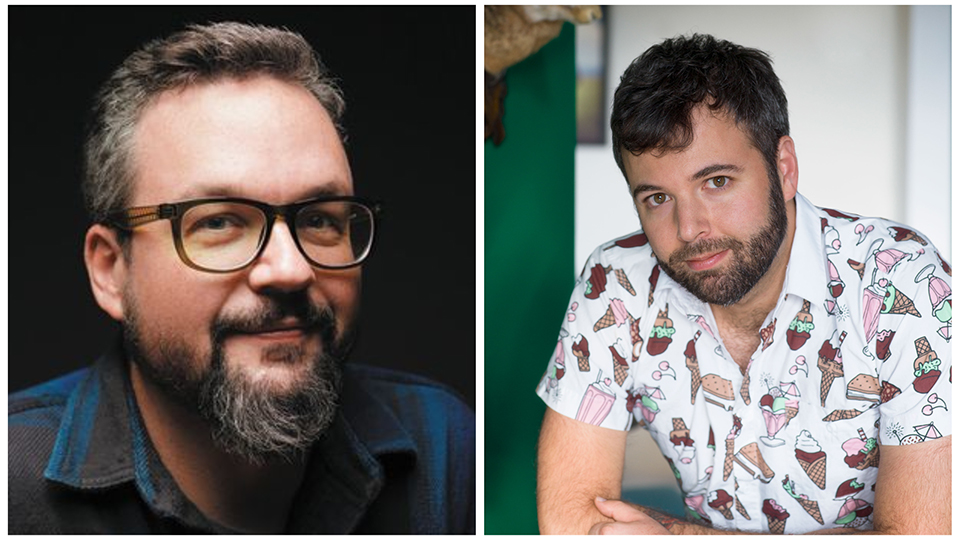 IN CONVERSATION: Jeffrey Cranor and Joseph Fink: New Audible Original podcast UNLICENSED from the creators of WELCOME TO NIGHT VALE
Jeffrey Cranor and Joseph Fink, the creators of the hit podcast WELCOME TO NIGHT VALE, are back with a new Audible Original podcast that continues their tradition of revolutionizing scripted storytelling in audio. UNLICENSED, a detective noir set in the outskirts of Los Angeles, finds Cranor and Fink teaming up on the first new audio series they’ve created since WELCOME TO NIGHT VALE launched over a decade ago. Join as the duo discusses their unique approach to creating in the audio space, and the art of bringing dialogue, tone, and atmosphere together to invent a universe for the listener.  Moderated by Audible producer Ann Heppermann.
Saturday, October 22, 2:00 PM, The Wellmont

IN CONVERSATION:
Huma Abedin + Zan Asher
The Montclair Film festival welcomes author and political strategist Huma Abedin (BOTH/AND: A LIFE IN MANY WORLDS) and author and CNN International Anchor Zain Asher (WHERE THE CHILDREN TAKE US) in conversation to discuss their books and the relationships between their stories. As the children of immigrants from different nations in conflict, the pair have faced loss and change with resilience. Their work speaks to the inclusive communities we build for ourselves, and the inner strength required to become leading voices in their respective fields. Join us for this fascinating conversation as part of the 2022 Storyteller Series at The Montclair Film Festival.
Sunday, October 23, at 12:00 PM at Montclair Kimberly Academy Upper School

IN CONVERSATION:
WHAT’S THE STORY WITH DISINFORMATION?
As America heads toward the midterm elections, the nation continues to confront multiple challenges in the media landscape that threaten our ability to make informed choices about those who seek to represent us. In a landscape filled with disinformation and escalating pressure on the media to properly frame the national and global conversation, how can we know what’s fact and what’s fiction when the truth itself has been politicized? Join our esteemed panel of journalists as they discuss the fractured landscape of the truth, and what we can do to piece it back together. Moderated by Brian Stelter, Panelists include Jonathan Alter and Chris Krebs, with further panelists to be announced.
Sunday, October 23, 3:30 PM, Montclair Kimberley Academy Upper School
Presented in partnership with Craig Newmark Philanthropies  StorySLAM

IN CONVERSATION: Don Katz and Marcus Samuelsson:  The Power of Food, Words, and a “Seat at the Table” Storytelling, community and food have always gone hand in hand. Join Audible Founder, author, and Montclair native Don Katz and acclaimed chef and restaurateur Marcus Samuelsson for a lively conversation about bringing people together through the power of food and words. They will discuss Don’s creation of a vital storytelling company that uses words to inspire and entertain and Marcus’s elevation of food to nourish and invigorate at his restaurants worldwide. Together they have a shared commitment to catalyze rebirth in Newark, NJ – home to Audible’s headquarters, Marcus’s restaurant Marcus B&P, and Audible’s nationally recognized program Newark Working Kitchens, which has provided meals to more than 10,000 Newark residents. Don and Marcus will also discuss Marcus’s upcoming Audible Original, SEAT AT THE TABLE, which brings listeners into some of the most iconic American restaurants of our time.
Thursday, October 27, 7:30 PM, Montclair Kimberley Academy Upper School

Check out the full list of films in the 2022 program. 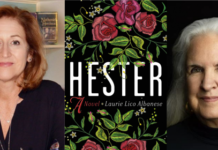 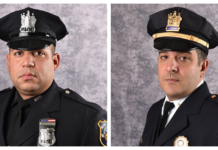