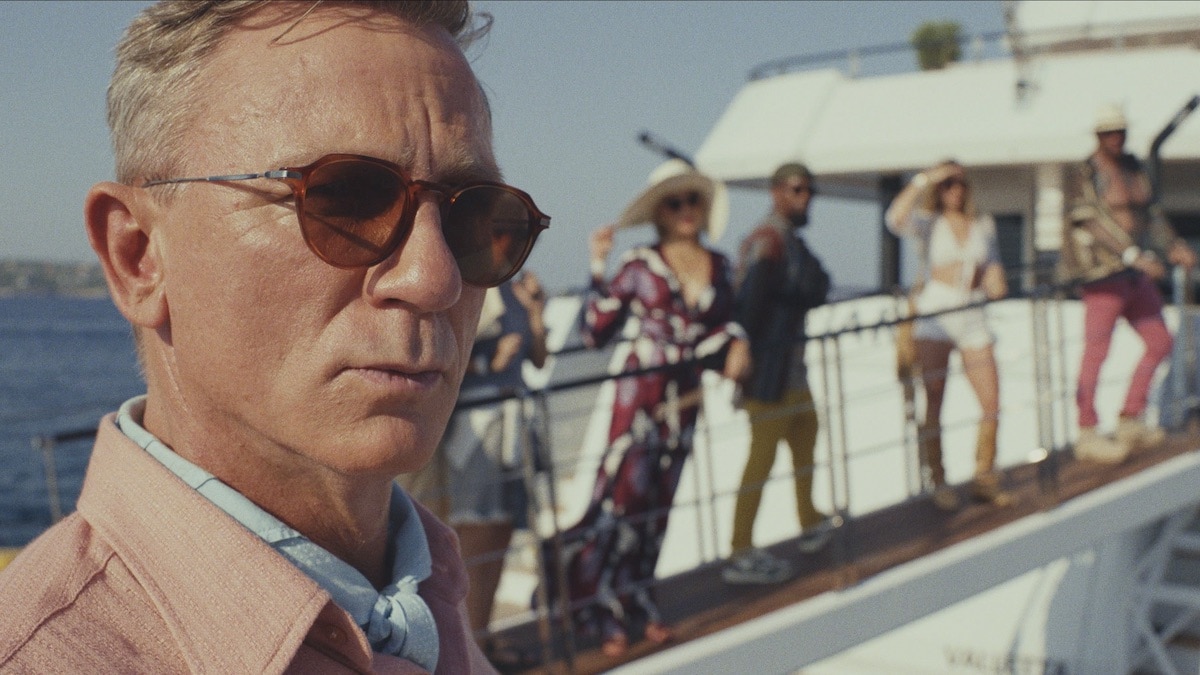 Montclair, NJ — Today, Montclair Film announced that The Montclair Film Festival will present its 2022 Tribute to Daniel Craig, star of the highly anticipated GLASS ONION: A KNIVES OUT MYSTERY with Stephen Colbert hosting Mr. Craig on stage at the New Jersey Performing Arts Center (NJPAC) in downtown Newark, NJ on Friday, October 28, 2022 at 8:00 PM. The pair will sit down for an unforgettable evening of conversation celebrating Mr. Craig’s extraordinary career as one of the cinema’s most distinguished actors.

Tickets for the Tribute to Daniel Craig hosted by Stephen Colbert go on sale Wednesday, September 14 at 10:00 AM to Montclair Film Members. American Express members and NJPAC donors will receive pre-sale access on Thursday, September 15 at 10:00 AM, with public ticket sales beginning on Saturday, September 17 at 10:00 AM. Public tickets will be available online at www.njpac.org and ticketmaster.com, by telephone at 1-888-GO-NJPAC (1-888-466-5722), and at the NJPAC Box Office at One Center Street in downtown Newark. More information about this event can also be found at montclairfilm.org.

The MFF’s salute to Daniel Craig kicks off on October 21, 2022 when the 11th Annual Montclair Film Festival opens with Rian Johnson’s GLASS ONION: A KNIVES OUT MYSTERY. In this follow up to KNIVES OUT, Detective Benoit Blanc (Daniel Craig) travels to Greece to peel back the layers of a mystery involving a new cast of colorful suspects, featuring Edward Norton, Janelle Monáe, Kathryn Hahn, Leslie Odom Jr., Jessica Henwick, and Madelyn Cline with Kate Hudson and Dave Bautista. Written and Directed by Rian Johnson, GLASS ONION: A KNIVES OUT MYSTERY will release globally on Netflix on December 23.

The festival’s Opening Night begins at 7:30 PM on October 21, 2022 at The Wellmont Theater in Montclair, NJ. Tickets for the MFF’s Opening Night screening of GLASS ONION: A KNIVES OUT MYSTERY go on sale on Monday, October 3, 2022 at 10:00 AM for Montclair Film Members and Friday, October 7, 2022 at 10:00 AM for the public. Tickets for this event will be available at montclairfilm.org

“We are thrilled to honor Daniel Craig at the Montclair Film Festival with our 2022 Tribute, and to share his work in Rian Johnson’s uproarious new thriller GLASS ONION on Opening Night,” said Tom Hall, Co-Head and Artistic Director of Montclair Film. “We look forward to welcoming Mr. Craig to the festival and to a fun, celebratory evening hosted by Stephen Colbert exploring Mr. Craig’s unforgettable roles and his exceptional career.”

The full program for the 11th Annual Montclair Film Festival will be announced on September 30, 2022, with the festival taking place October 21-30, 2022.