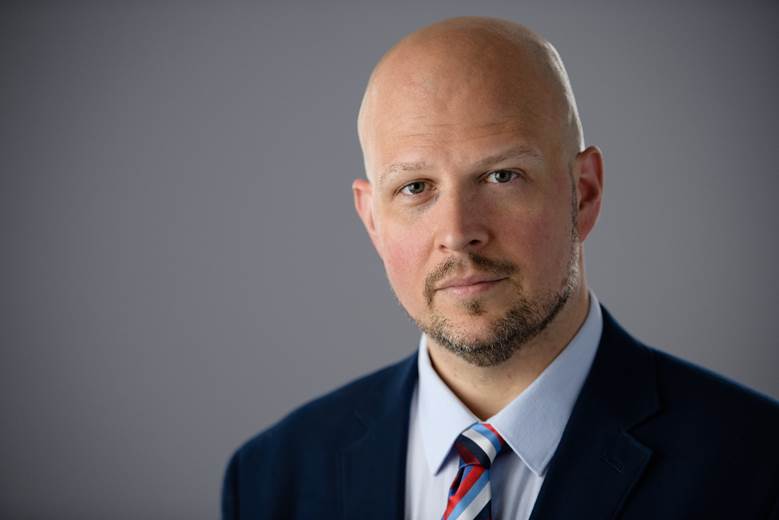 “What a truly special place this is!” says Beaudoin. “South Orange and Maplewood make up a kinetic, emerging cultural destination with SOPAC as its central beating heart. I’m inspired by SOPAC’s enterprising staff and Board and by the unique multi-use, multi-disciplinary profile of the venue. I’m thrilled to work my heart out for and with this community.”

Recognized by Musical America magazine as one of the music industry’s “Top Movers and Shakers” and by the Portland Business Journal as a “noted nonprofit leader,” Beaudoin is focused on building a vibrant and inclusive creative world. His nearly 20 years of leadership experience span the nonprofit, public and private sectors, including work as a nonprofit CEO, publicly elected school board chair, professional singer and actor, family foundation board member and consultant.

“My entire life’s work is about democratizing art and supporting people and communities in reaching their fullest potential,” says Beaudoin. “To lead SOPAC as its Executive Director is the opportunity of a lifetime, and exactly what I want to do at this point in my life and career—and exactly where I want to do it. After working in every possible function in the performing arts as a producer, performer, fundraiser, director, writer and more, I’m thrilled to move to the presenting side of the house with such a well-regarded performing arts center.”

Beaudoin most recently served as Executive Director of The Washington Chorus, the D.C. metro community’s only two-time Grammy-winning choral ensemble, where he led the organization in producing its highly regarded subscription series at the John F. Kennedy Center for the Performing Arts. Highlights of his work at The Washington Chorus include introducing dynamic pricing models to maximize live concert revenues and championing artists and creators of color through new work commissions.

SOPAC Board of Governors Chair Douglas Newman noted, “After a nationwide search, SOPAC’s Board is thrilled to welcome Stephen as our new Executive Director. And we look forward to him leveraging his performing arts background, vision and energy to lead SOPAC into the future.”

After a nearly two-and-a-half-year dark period due to Covid-19 closures and Hurricane Ida remediation, “SOPAC’s doors are open, and the lights are on!” says Beaudoin. “Today, more than ever, people want opportunities to gather, connect and be entertained. They’re looking for meaning, hungry for inspiration, thirsty for empathy. They’re seeking a fun, memorable night out with family, friends or loved ones. SOPAC’s future, powered by our community and rooted in inclusive excellence, is filled with enormous possibilities.”

Building community is a key aspect of Beaudoin’s emerging vision for SOPAC.

“One of our primary jobs at SOPAC is to not only drive significant economic impact through our live events and programs, but also propel positive community and artistic impact through our work,” says Beaudoin. “To do so takes real community investment and engagement, and I’m eager to steward and develop relationships across this richly diverse regional community.

Newman observed, “Stephen’s arrival dovetails with SOPAC recently adopting a new 5-year strategic plan, which our Board enthusiastically will work with Stephen and the entire staff to implement.”

Prior to his role with The Washington Chorus, Beaudoin served as Executive Director of the Maryland Symphony Orchestra. There, Beaudoin led a significant financial turnaround and developed new artistic initiatives, including commissions from composers Michael Daugherty and Kimo Williams and leading the Orchestra through its first-ever recording project—a world premiere work by composer Chris Brubeck in collaboration with multiple Grammy-winning guitarist Sharon Isbin.

Before that, Beaudoin was Executive Director of PHAME, an innovative Oregon nonprofit serving artists and musicians with intellectual or developmental disabilities. Beaudoin’s additional professional experience includes serving as Vice Chair and then Chair as a publicly elected member of the Board for Multnomah Education Service District, an $80 million public education agency serving more than 100,000 students, and as Assistant Director of The Fenway Alliance, a collective of organizations expanding cultural access and community engagement in Boston’s Fenway Cultural District.

Beaudoin has served on the boards of TEDxPortland, the Nonprofit Association of Oregon, and Oregon Humanities, where he was appointed by Oregon Governor John Kitzhaber. He was also part of the Executive Council of the national Composer Diversity Project, which works to increase representation of historically oppressed and under-represented peoples in Classical music.

As a classically trained tenor with “a plaintive, attractive tone” (Boston Globe), Beaudoin has performed with Pink Martini, the Portland Cello Project, Trinity Consort, Fear No Music, Opera Boston and many more ensembles. He serves as a strategic advisor and board member of the HMF Beaudoin Family Foundation. He is an honors alumnus of Boston’s New England Conservatory, where he earned an undergraduate degree in Vocal Performance with Distinction in Performance Honors, and he holds an MBA from the University of Virginia Darden School of Business, where he was named to the Poets & Quants publication’s “Best and Brightest Executive MBAs of 2022” list.

The youngest of four kids raised by Ross and Renata Beaudoin in Independence, Missouri, Beaudoin looks forward to calling the South Orange/Maplewood region his new home.

“I invite you to join us in downtown South Orange for transformational arts experiences and meaningful connections,” says Beaudoin. “Your presence, creativity and whole person are welcomed and celebrated here at SOPAC.”