Home Arts American River: Take A Journey Down the Passaic at NJPAC 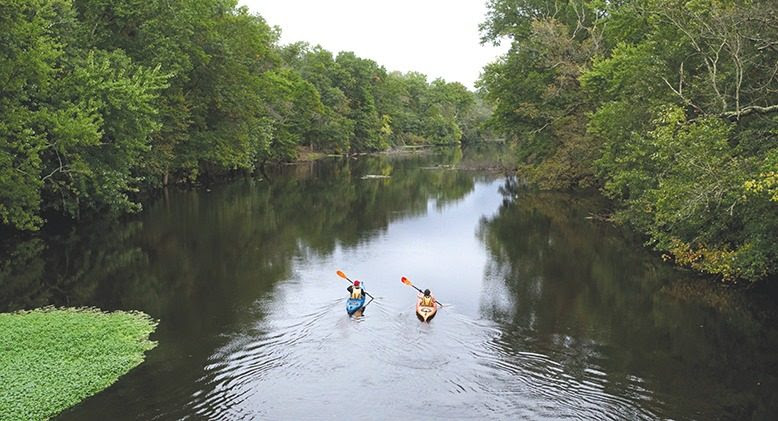 American River is an exciting cinematic adventure about an ambitious 4-day kayak trip down the Passaic River. Equal parts a scientist’s memoir of growing up on the river that inspired her life’s work, a history of the Garden State’s growth and development, and a gorgeous travelogue that offers incredible bird’s-eye panoramas of the state’s stretches of pristine wilderness, the film American River was inspired by aquatic ecologist Mary Bruno’s book, An American River: From Paradise to Superfund, Afloat on New Jersey’s Passaic, published in 2012.

Bruno grew up on the shores of the Passaic, in the Newark suburb of North Arlington. To fully research the river’s history and how it became one of the most polluted waterways in the country, she kayaked the length of the river — an 80-mile journey through seven counties and 50 municipalities — from its beginnings in a wildlife refuge, to its lowest stretches near Newark Bay, now a Superfund site still recovering from industrial disasters of the previous century.

Almost a decade after her book was published, filmmaker Morris persuaded Bruno and her guide, expert kayaker Carl Alderson, to retrace that journey on camera and see how the Passaic’s fortunes had changed, thanks to the efforts of environmentalists, boating enthusiasts and community groups. Captured in exquisite detail by a fifteen-person film crew with ten 4K cameras filming from the land, the air and, often, from the bow of Bruno’s kayak, the documentary charts not just their travels but how the Passaic shaped New Jersey’s history.

The story of the Passaic, and Bruno’s journey along it, improbably touches on real estate development, the Great Falls of Paterson, the career of Founding Father Alexander Hamilton, the allure of a classic Jersey diner, the history of crew racing and the impact of community organizing.

Although the film has been presented at film festivals across the country, this screening at NJPAC is the film’s first showing in Newark, where much of the film is set, as the filmmakers take a deep dive into how the city’s industrial development impacted the river’s critical “Lower 17” mile stretch leading to Newark Bay.

“It’s very much a film about Newark, and we hope the people of the city will find it inspiring and engaging,” says Morris. “We didn’t want the film to be preachy and dark. We want people to fall in love with the river, so they care about protecting it.”

“What’s wonderful about the film is its hopeful tone,” concurs S. Dillard Kirby, the film’s Executive Producer, who noted that between the publication of Bruno’s book and the filming of American River in 2018, the Great Falls in Paterson was designated a National Historical Park, and the cleanup of industrial waste in the “Lower 17” had begun after years of protest and litigation. Kirby also funded one of Morris’ earlier films, Saving The Great Swamp: Battle to Defeat the Jetport, which is currently distributed by American Public Television.

The screening at the Arts Center will be followed by a talk-back session for the audience with Morris, Bruno and Alderson.

“NJPAC’s role as an anchor cultural institution means this Arts Center is where our community comes together to talk about our history, our future and what’s most important to us,” says NJPAC President and CEO John Schreiber. “We are excited to offer our community this opportunity to learn more the river that in many ways made our city what it is today — and to find how the work of their neighbors has been so instrumental in saving the river for our children and grandchildren.” 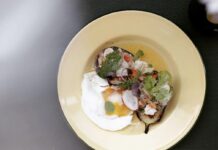