January 18, 2023 (Glenridge A venue): Employees at ‘White Rabbit Black Heart’ reported that an unknown female entered the store and stole merchandise. The suspect was only described as a female wearing a burgundy shirt, blue jeans, light sneakers with a black jacket and blue mask. She reportedly stole a lantern valued at $105.00.

January 19, 2023 (Bloomfield Avenue): The complainant reported that she parked her 2022 BMW in Glenmont Square and entered a store. When she returned, she discovered that an Under Armour bag containing a $1500.00 laptop computer had been stolen.

January 21, 2023 (Bloomfield Avenue): The victim reported that he parked his 2016 BMW on Bloomfield Avenue and entered a store. When he returned the vehicle was no longer there. It was recovered the following day in New Rochelle, New York.

January 20, 2023 (Grove Street): Officers responded to Grove Pharmacy on a report of an activated alarm. Upon arrival, they discovered the front window had been shattered. The suspect(s) entered the store and attempted to break into a safe which contained various medications but were unsuccessful. The cash registers were not entered. Nothing was reported missing from the pharmacy.

January 18, 2023 (Graham Terrace): Officers responded to the areas of Graham Terrace and Stonebridge Road on a report of two males attempting to gain entry into parked vehicles. Responding officers located the two males exiting a driveway on Stonebridge Road. Surveillance footage in the area showed the two males attempting to make entry into several vehicles. The two males, both juveniles from Newark and East Orange, were charged with Criminal Attempt Burglary. 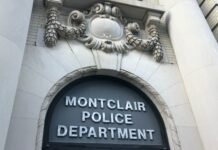