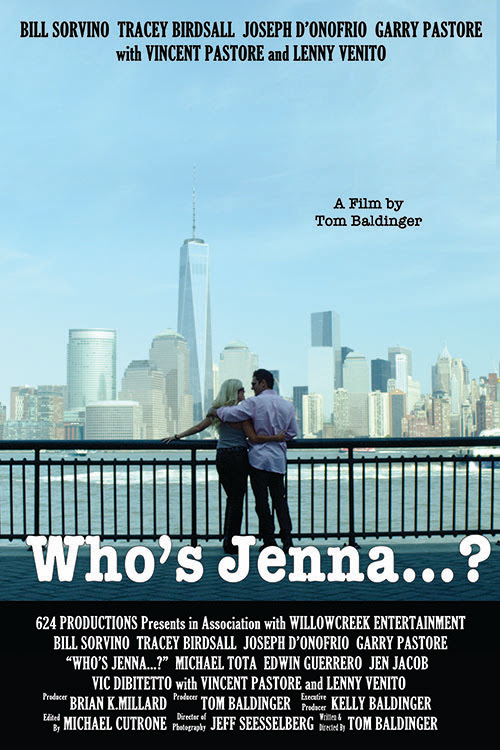 Screening of film, “Who’s Jenna…?” followed by Q & A with writer and director Thomas Baldinger.

Thomas Baldinger is a writer, director, and producer, who runs the day-to-day operations of 624 Productions, LLC, a film, TV, and media production company based in Hillsborough, NJ. He has a theater background and loves sports – especially football and hockey. He also plays softball and racquetball during his downtime.

Tom’s company, 624 Productions, was created as a hub for gifted writers, actors, and producers who are driven to create for both the screen and stage.  He is the primary force behind the projects that the company takes on.

624 Productions produces films, web series, TV pilots and series, and plays.  It is a company that works with professional and amateur artists, who have a passion for the arts, and wish to share their creative vision.    Although based in NJ, its geographical limits have no bounds. The company currently has numerous projects in various stages of development(currently in post-production on a new film Thomas co-wrote & co-directed with Lenny Venito) and is continuously exploring new projects to produce.
+ Google Calendar+ iCal Export