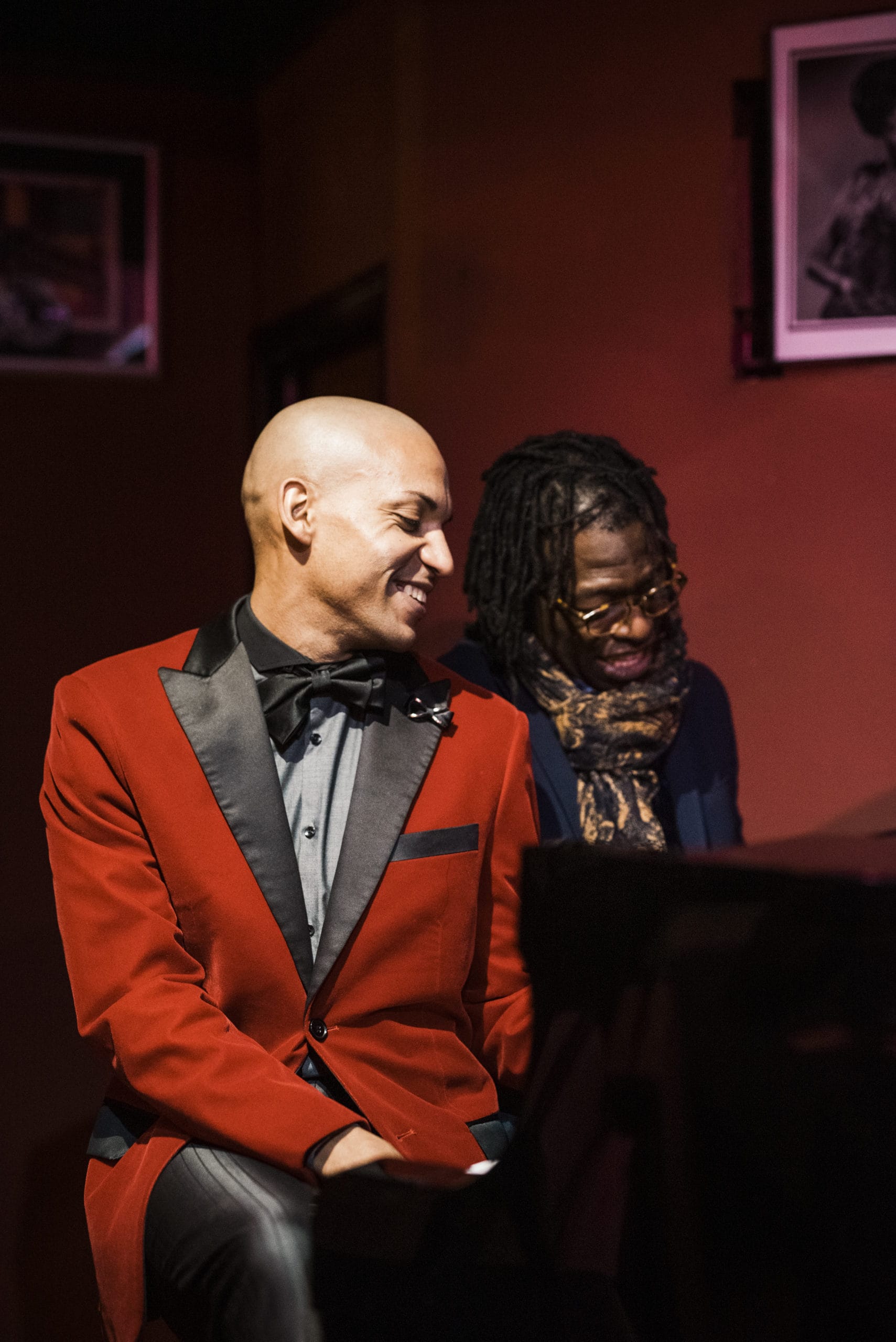 NiCori Studios & Productions in association with Oakeside Bloomfield Cultural Center and Frungillo Catering will be producing: MUSIC AT THE MANSION: “PORCH PERFORMANCES” beginning on May 8 and continuing with 15 different singers through September 25. Join NiCori Studios & Productions for an evening of dinner and entertainment hosted by Music at the Mansion host, Corinna Sowers Adler that will be safe, socially distant and fun! Meal to include an elegant, boxed dinner by Frungillo Catering including salad, entree, side dish, dessert and coffee. Each night will include a performance by one of New York City/New Jersey’s top Cabaret/ Broadway/TV performers on the large wrap-around porch at Oakeside. Tickets are $65 per person and include full meal and performance. All performances will happen rain or shine under the large wrap-around covered porch. Virtual tickets will also be available for each show.

A native of the historical neighborhood of Harlem in New York City, Darnell White is a graduate LaGuardia High School of Music and Art and The Julliard School. A noted staple in New York City’s music scene, Darnell has developed a pristine reputation as a performer, composer, and musical director. As an MD he has collaborated with a number of noted artists including Melba Moore, Brian McKnight, Blaine Krauss, Amma Ossei, Willis White, Angela Birchett, David LaMarr, Carlton Jumel Smith and many more! Both as a performer and resident artist, Darnell’s graced the stages of New York’s major venues including 54 Below, The iridium, Birdland, Carnegie Hall, Lincoln Center, Smokey Joe’s cafe, and Sid Golds to name a few. Darnell recently served as Musical Director for the off-Broadway show Revelation The Musical as well as the film adaptation of Gospel at Colonus (premiering November 2020). He is currently the MD for a few churches in the New York area and the chorusmaster for Trilogy: An Opera Company in Newark, NJ! Both as a vocalist & instrumentalist, Darnell is well versed in many genres as he believes music should always be approached first from a place of pure expression. It is indeed the desire to share his expressions through the gift of music that have left no style or genre outside his reach.