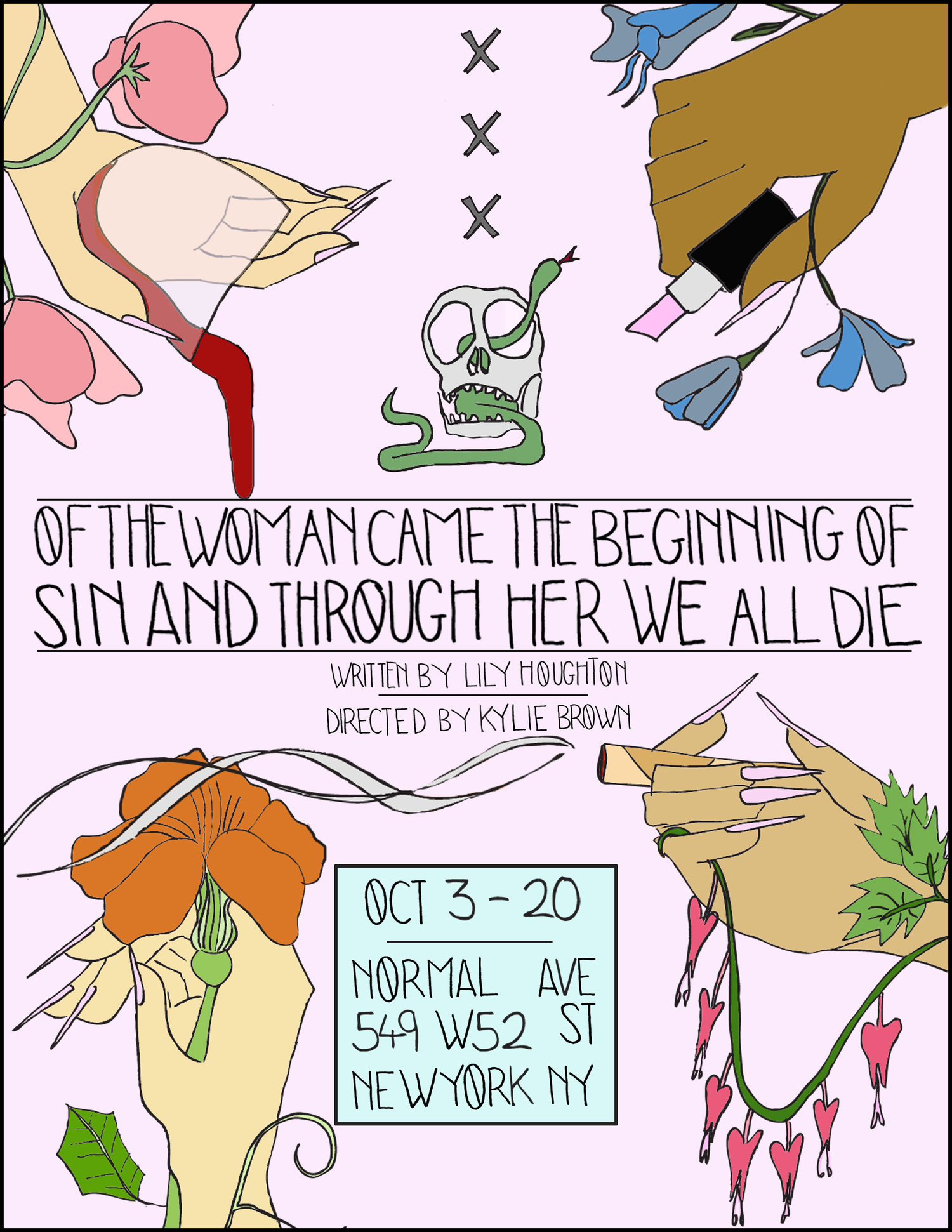 Normal Ave and Leigh Honigman will present the World Premiere of Of the Woman Came the Beginning of Sin and Through Her We All Die, written by Lily Houghton and directed by Kylie M. Brown at the Medicine Show Theatre (549 W 52ndSt, 3rdFloor

Of the woman came the beginning of sin and through her we all die is a dynamic new play about the dangers of commercializing millennial femininity. The play follows Bluebell, Sweet Pea, Pumpkin and Bleeding Heart, four femmes bound together by their workplace, the windowless basement of a Free People store. Allegiances are formed and spells are cast in this hilarious, poignant and topical take on how we navigate femininity and expression in a political and economic climate that are at constantly at odds with each other.