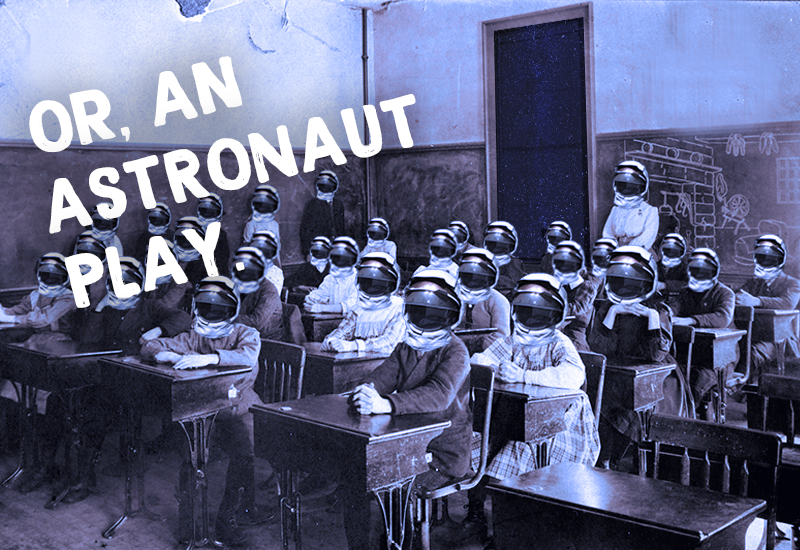 The Astronaut School has four students – but only one can actually make it to outer space. Who has what it takes? Does anyone even know what it takes? Following the experiences of Daria, an intense, focused student, Claire, a woman struggling to fully realize her own ambitions, Paul, a hobbyist, and Tom, a straight, white, American man, OR, AN ASTRONAUT PLAY explores who gets access to the space they want to enter, why, and what’s left for the rest of us.

The cast will feature Tay Bass (Hype Man: A Break Beat Play at The Flea; 48 Hour Forum with Noor Theatre), Caturah Brown (ms. estrada at The Flea; The Coward at The Duke), Jonathan Cruz (The Séance Machineat The Tank; Pricilla Queen of the Desert with Piper Theatre Productions), and Harrison Unger (The Play That Goes Wrong on Broadway; Batz at Joe’s Pub). The creative team includes Set Design by Izmir Ickbal (Happy Days at TFANA/Mark Taper Forum/Yale Rep/Berkeley Rep; Serious Adverse Effects with National Black Theater), Costume Design by Barbara Erin Delo (Annie with The Gallery Players; Assistant on Then She Fell with Third Rail Productions), Lighting Design by Bailey Costa (Less Than 50% at Soho Playhouse; Assistant on The Great Comet of 1812 at the Imperial Theatre), Sound Design by Brian Hickey (Novenas for a Lost Hospital at Rattlestick; Self-Portraits at BRIC), and Props Design by Rebecca LeVine. The Production Manager is Frank Poon with Stage Manager Sarah Zerod. Casting by Sean Chia Casting.

more from MAKOMnj - 2 weeks ago