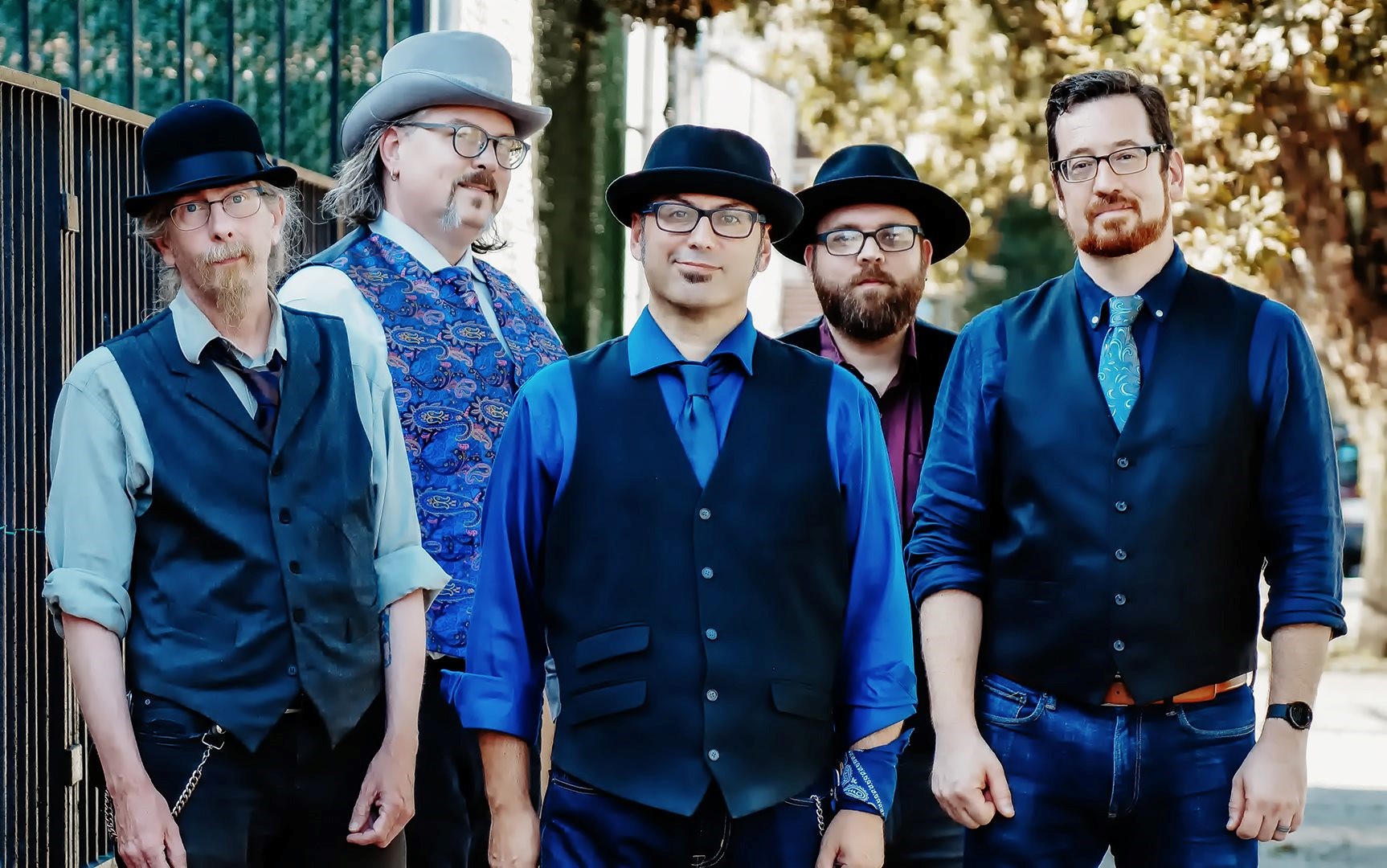 Scott Wolfson and Other Heroes bring their infectious energy back to the Turning Point in celebration of their 10 Year Anniversary and forthcoming release of  their covers EP. Sharing the bill will be singer/songwriter Christopher Brown, accompanied by Peter Calo on guitar.

When Scott Wolfson and Other Heroes take the stage, they’re not just playing a show. Their vibe is party, reunion, and catharsis in one! Taking inspiration from artists like The Limeliters, The Band, and The Byrds, and recent flag-bearers like R.E.M., The Decemberists, and Jason Isbell, Scott Wolfson and Other Heroes take a folk rock canvas and weave in helpings of Broadway, Jazz, Blues, and Country, giving them a sound both familiar and unique.

Ron Olesko at WFDU wrote of “their inspiring set” creating “a spontaneous celebration.” A SWAOH show is an exercise in the unexpected. Performing Songwriter said, “…Wolfson will not only defy the norm, but all expectations as well.” They have been Most Wanted (Falcon Ridge Folk Festival) and Formal Showcase Artists (Northeast Regional Folk Alliance). They have been celebrating their 10 Year Anniversary by releasing a steady stream of singles and music videos and looking forward to the forthcoming release of their Covers EP and 4th release of new original music soon after. www.scottwolfson.com

Christopher Brown has been a working musician for 30+ years and built several followings that endure. He’s known as a solo coffeehouse artist, as the leader of duos and trios, and as the voice of the Bookends band, which has been rocking out since 1976.

Brown is also an artist/illustrator who can capture a subject’s essence through caricature With a few strokes, he reveals hints of a character’s nature or temperament, their mystery or charm. He does the same thing with lyric and melody, outlining and shading characters and moments, yearnings and states of mind.

Chris has shared the stage with Pete Seeger, Tom Chapin and Peter Yarrow, at venues throughout the Northeast and his music has received national airplay. www.christopherbrownmusic.com