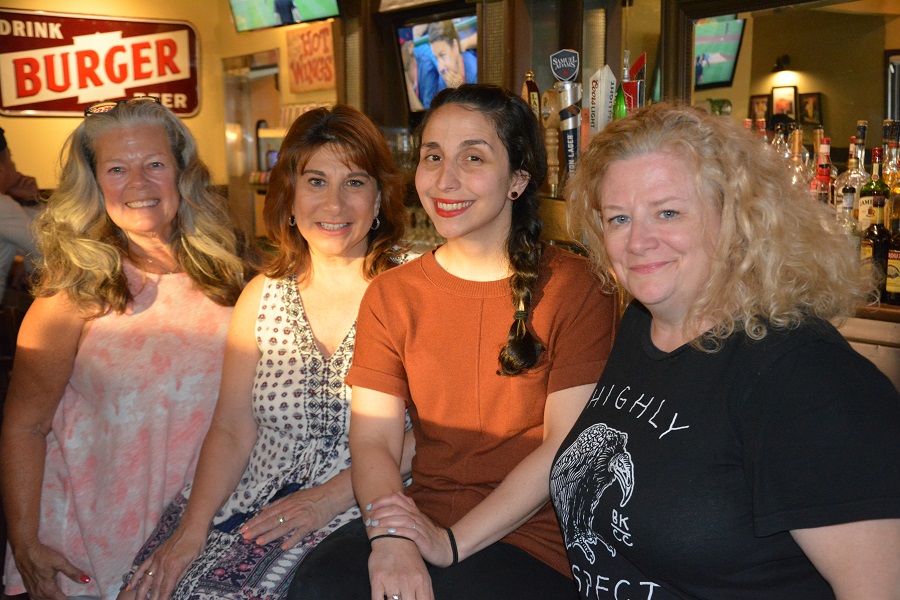 The Theater League of Clifton will present a dinner/theater production of “The Golden Girls Holiday Mystery” at Mario’s Restaurant, located at 710 Van Houten Ave., Clifton. The show opens on Friday, Sept. 13 and will continue through seven additional performances.
The comedy features parody versions of characters from the hit TV sitcom “The Golden Girls” (Dorothy, Blanche, Sophia, and Rose), along with a bumbling detective who is similar to the TV character Columbo. The beloved Golden Girls TV show, 180 episodes, ran on NBC from 1985 to 1992.
Performance dates for the dinner/theater are Sept. 13, 14, 15, 20, 21, 22, 27, and 28—all staged at Mario’s Restaurant. Friday and Saturday shows begin at 8 p.m. The Sunday, Sept. 15 show starts at 6 p.m., while the Sunday, Sept. 22 show starts at 4 p.m.
Tickets are priced at $45 per person, which includes the show and dinner. Tickets may be reserved by phone (973-928-7668); online via the theater’s website (www.theaterleagueofclifton.com); or regular mail—payment by check only. The theater league’s mailing address is: PO Box 4072, Clifton, NJ 07012.