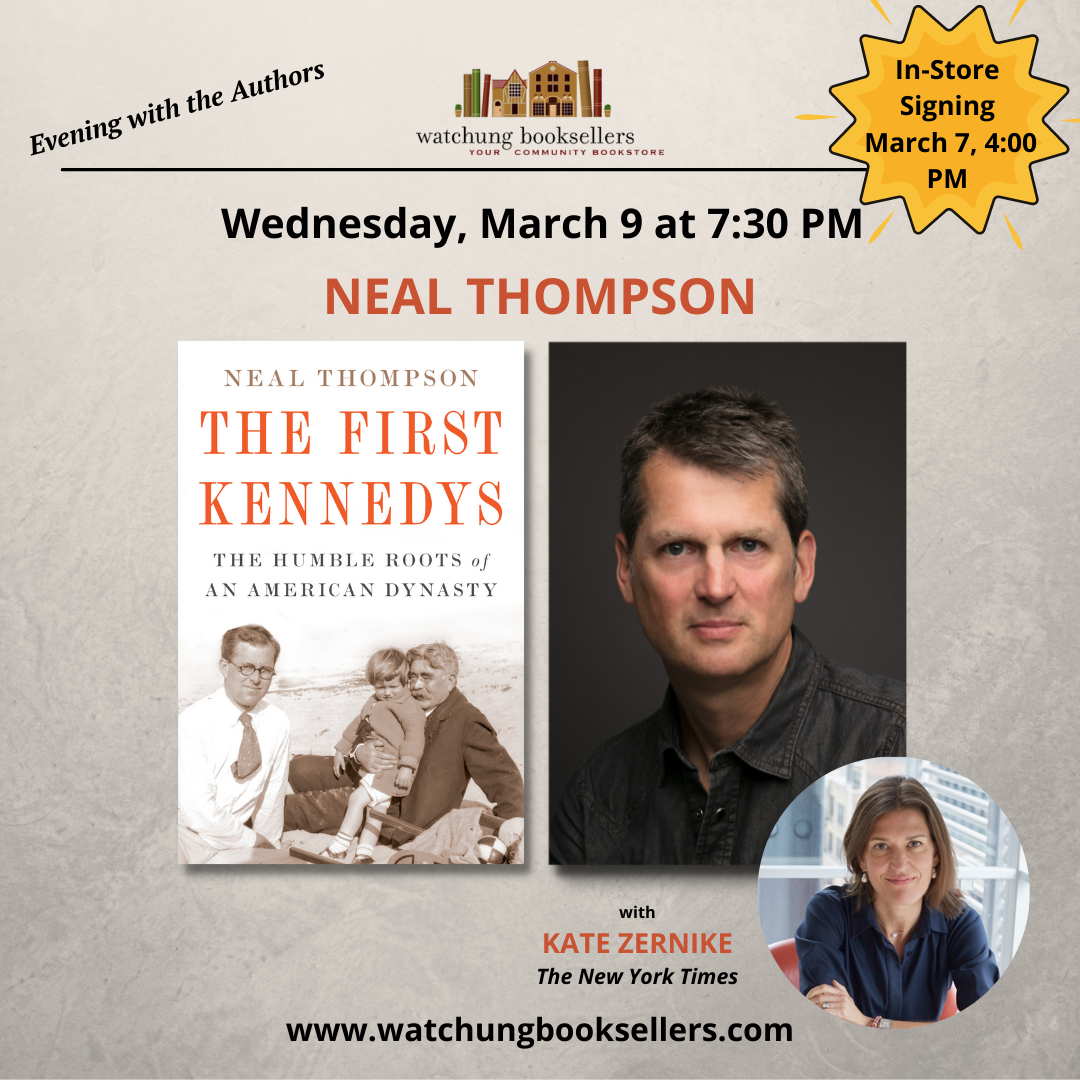 Watchung Booksellers is pleased to welcome Neal Thompson, author of “The First Kennedys: The Humble Roots of an American Dynasty,” as part of its ongoing “Evening with the Authors” virtual events. He’ll be in conversation with New York Times reporter Kate Zernike on Wednesday, March 9, at 7:30 p.m.

“The First Kennedys” is the first book to explore the inspiring story of the poor Irish refugee couple who escaped famine, created a life together in a city hostile to Irish, immigrants, and Catholics, and launched the Kennedy dynasty in America.

The Kennedys’ working-class Irish ancestry was a hallmark of JFK’s initial political profile, though today, we remember this iconic American family as the vanguard of wealth, power, and style rather than as the descendants of poor immigrants. Here, we meet the first American Kennedys, whose rise from poverty to public office launched the first of many political careers.

Prior to the virtual event on Wednesday, Thompson will sign copies in store on Monday, March 7 from 4:00-6:00 p.m. Register at www.crowdcast.io/e/first-kennedys or at watchungbooksellers.com.